The DC Comic Book Movies: An Introduction for the Less Informed 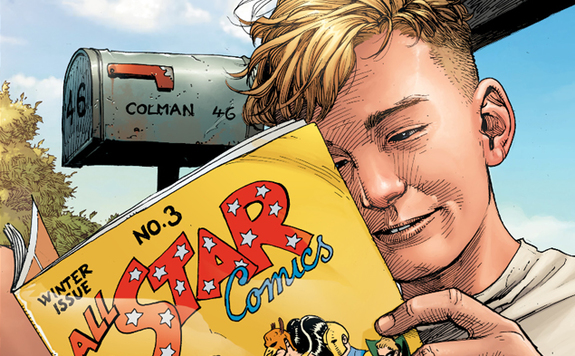 We all can’t be a comic book expert. It has almost been a whole century since the Golden Age of Comic Books that happened between 1938-1956. The days of running to the comic book store to buy a new issue are over unfortunately, but the instantaneous Internet has filled the gap for those who never knew the world of comic book stores.

Instead of feeling left out from all the juicy adventures, facts, and triumphs superheroes experienced, comic book fans from this century can learn everything they wanted and more with a quick online search. And with the superhero movie industry booming, it’s important to stay in the loop to actually understand the many intersecting plot lines.

As one of the largest comic book publishers in North America for over 80 years, it comes as no surprise that there are a lot of comic books out there – over 56 000!

There’s no one right way to get into the DC universe, but here are some starting options:

Fortunately, DC Comics has made it more convenient for new readers to start their journey with DC Rebirth. In 2016, DC relaunched all major titles following the end of their 2011 initiative The New 52. This new beginning gave readers one timeline to follow their ongoing, monthly superhero titles like fan favorites Batman, Wonder Woman, and Justice League.

Comic book experts have created a DC Rebirth reading guide for those who want to get into the current comic book events.

By far the easiest way to start is just picking your favorite comic character(s) and start reading. Once you get into the universe, you’ll find your way to everything you need to know.

You’ll get to the minute details eventually, so you can start with the most popular comics of all time! Just like starting with one superhero, the DC comic world is your oyster and you can choose whatever you want. There’s no setlist of the best comic books, but comic book connoisseurs have compiled a suggested list of the best ones for new comic book fans.

The 56 000 DC comics can seem overwhelming, but once you ease yourself into the many multiverses, you’ll have trouble getting out. The best part is knowing that you have so much more comic book content to consume after you finish one timeline or character.

The Internet has gifted younger generations with everything they need to know about DC Comics. Not only can new comic book fans find direction through the superhero world but have access to the opinions, theories, and explanations from other comic book fans who have spent years expanding their knowledge.

Seasoned comic book veterans can unleash decades of DC comic information on all platforms for every kind of comic book consumer. There is no shortage of YouTube channels, blogs, Instagram posts, and other websites that compile the magic that comes from the imaginations of the minds of comic book creators.